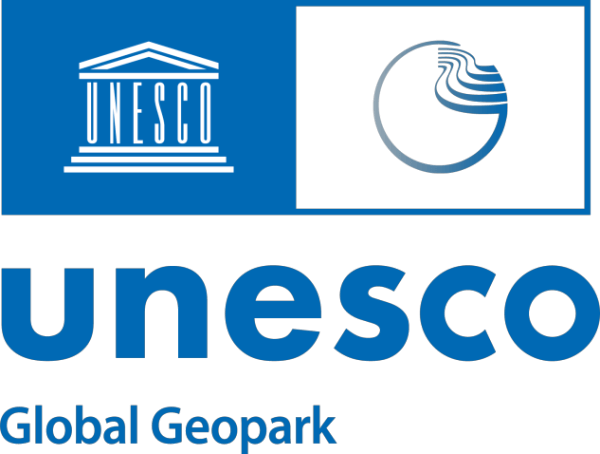 The Caminhos dos Cânions do Sul Geopark Project has been developing strategies to involve teachers, students and their families in actions that contribute to the knowledge and appreciation of the territory's natural and cultural heritage, nature conservation and sustainable development in the region.

With a large school audience, the project involved in the last two years about 76 public schools (municipal and state), totaling more than 12 thousand students, distributed in 7 cities in two states.

The Education Working group is responsible for planning, supporting and monitoring the implementation of the Educational Geopark Program on these municipalities.

This program aims to :

The Geopark area is inserted on the souheastern border of the South American Continental platform, in the southeastern portion of the Geological Province of the Parana sedimentary basin ( Almeida et al. , 1977) . The sedimentary basin, in turn, is the south american portion of the great geological unity that covered both continents , south american and african before Gondwana separation ( Parana - Etedenka basin) .

Directing knowledge to the Parana basin, this large geological unit was developed on continental crust and filled with sedimentary and volcanic units. It´s geological history began 450 millions years ago, from the Silurian / Devonian inferior and had its end around 65 million years ago, in the cretaceous ( Milani et al. , 1994) . The Parana basin covers an area of approximately 1,5 millions of KM², including west Paraguay territorial portions, Northeastern Argentina, northern Uruguay and south of Brazil, extending to the states of Minas Gerais, Mato Grosso, Sao Paulo, Parana, Santa Catarina and Rio Grande do Sul, in Brazil.

The geological record of this basin is represented by a total maximum thickness of around 7,000 meters, materializing the statigraphic evolution of large units or supersequences representing phases of subsidience and accumulation of sediments and , subsequently, soaring/ extrusion of great quantity of lava in the Parana basin. These supersequences consists on rocky packs representing temporal gaps with some dozens of millions years of duration.

In the area covered by the Caminhos dos Canions do Sul Geopark, the final episodes of the filling of this basings and their connections with the rupture of the Gondwana supercontinent ( Wildner et al. 2009). represented locally by the Botucatu and Serra Geral Formations.

At the end of the Jurassic , in the Gondwana interior a strong desertification condition has been installed, where extensive dune fields have accumulated due to wind action, wich formed the thick sandstone packages that today make up the Botucatu Formation. Those are the same sandstones that give condition to the important underground water reserve called the Guarani Aquifer.
At the beggining of the Cretaceous , approximately 135 years ago, the condition estabilished by the " Botucatu desert" was succeeded by the begining of the break- up of the paleocontinent Gondwana, when the crust was submitted to a colossal fissure, associated with magmatism of proportions without similar in the planet´s history. Such episode was the result of an intense magmatic manifestation predating the break-up of Gondwana and the opening of the South Alantic ( Milani et al, 1994), when the stacking of up to 2,000 m of basaltic rock that constitute the formation of the Serra Geral upon the sediments of the Parana basin, in addition to being included among them in the form of dykes and silos.

The Serra Geral formation represents a wide magmatic province, wich was built up by several sequences of volcanic rock spills . 95 % of the volcanic rocks covered areas are made of the basic composition ( 45 to 52 % of silica content), contrasting with about 5 % of rocks of acidic composition ( with less than 65 % silica) outcrops in the foothills of the Serra Geral, especially, in te region of the Aparados da Serra ( Wildner et Al., 2009) . This differential in the chemical composition of the sequence of seeps contributed strongly to erosion resistance that subsequently formed the canyons of this region.

The development of rocky walls and the consequent retreat of the escarpment are also clearly related to structural constraints of morphological control given by a sistem of tectonic alignments that section the entire region. This alignments are associated with fault and fracture systems, a product of the great crustal disruption processes which made possible the deep carving of the drainage system and the formation of escarpments and canyons.

The break-up of the Gondwana paleocontinent was accompanied by a widespread uplift of the entire eastern edge of the newly created continent of south America and the westernr edge of Africa, causing volcanic spills and underlying rocks tu be uplifted ( Wildner et al., 2009). According to Dantas et Al ( 2005 apud Godoy et al, 2011) , whole scenario of Santa Catarina coast is associated to this uplift of the Serra Geral, which produced unevenness of more than 1000 m, is represented by a scarp at the edge of the plateau.

Once the Serra Geral escarpment is formed, during the cenozoic, the different rates of weathering between rocks of different compositions and the deep existing bottlenecks along with the action of river erosion processes over time have slowly sculptured the landscape, resulting on the present morphology of the Serra and its Canyons ( Wildner et al . 2009) . A progressive retreat of these scarps from the edges of the plateau has been estabilished in this region by regressive erosion, where the small courses heading east carved short and deep valleys, forming the scenery of greatest geological and geomorphological relevance.

It is in this geological and geomorphological context that the impressive set of canyons carved out of the volcanic sequence of the Serra Geral formation, located less than 30 kilometers from the coastal plain stands out.